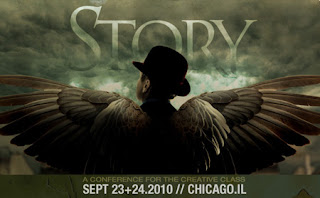 Spending the next two days here at the STORY Conference. STORY is a conference dedicated to the creative process and those who are trying to communicate the Gospel to this generation. This is not your typical lineup of communicators and the crowd has been limited to 500 people…that is so different! Two of the things that I am most passionate about is communicating and creating environments where people can connect with God. I think this is going to be right up my alley. The rest of the week I am going to be blogging from the conference so look back for updates. If you are on Twitter you can follow along at #story10